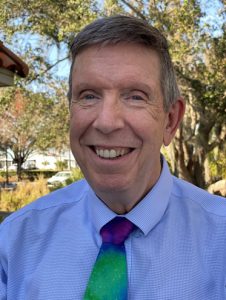 Dr. Lumpkin grew up all over the world, thanks to his father’s career as an Air Force officer. He was PHI BETA KAPPA at the University of Texas; went to the Albany Medical College of Union University in Albany, New York; and completed his dermatology residency at the Baylor College of Medicine in Houston, TX. While at Baylor, he published several journal articles including the first study documenting the transmission of leprosy from armadillos to humans. Other journal entries include articles about lupus erythematosus, metastatic bladder cancer and squamous cell skin cancer, among other things. He is certified by the American Board of Dermatology and is a Fellow in the American Academy of Dermatology.After finishing his residency, Dr. Lumpkin practiced for 2 years in San Antonio, TX. For the next 22 years he had a practice in upstate New York, where his wife hails from. His practice in New York was an extremely busy medical/surgical practice, welcoming patients of all ages. He has been married for over 30 years and has 3 children, 2 of whom graduated from Venice High School.